How to Make Apple Scrap Vinegar 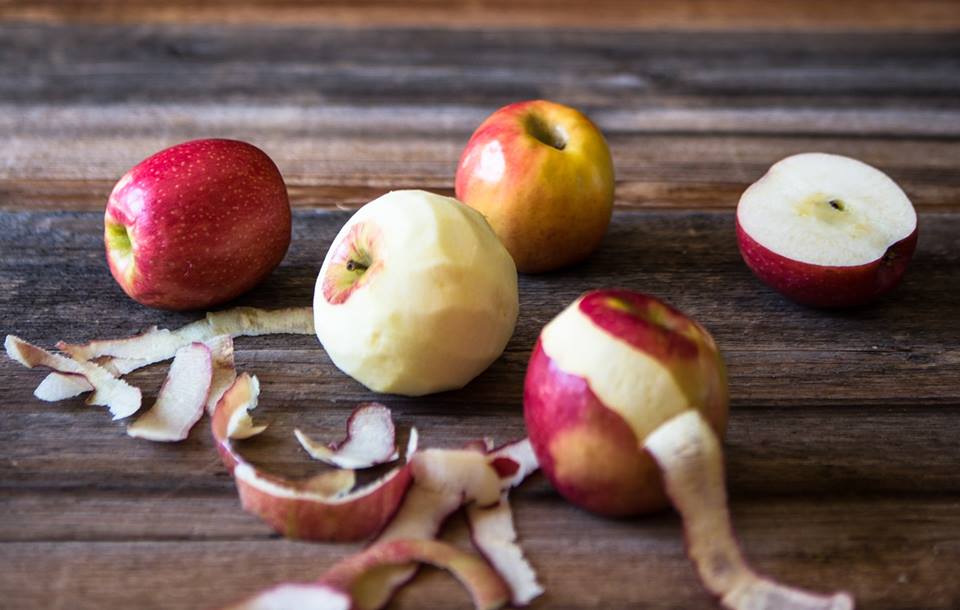 Making vinegar from apple scraps is the ultimate in reducing food waste because it gives fruit scraps a second life. Better still, homemade vinegars are super easy and cheap to make, and have many uses in the kitchen and around the home.

Before we go any further, let’s quickly address the question:

Is apple scrap vinegar the same as apple cider vinegar?

The short answer – no. While you can use the vinegars in much the same way for cooking, salad dressings, hair rinses etc, the process and materials needed to make apple cider vinegar differs.

Apple peel vinegar, apple core vinegar and apple scrap vinegar are made the same way, and are so simple to make. You can read more on making apple cider vinegar, also known as ACV, here.

The first time I made apple vinegar from scraps was after filling a basket of apples when I visited my friend Jill, at Hallston Valley Farm. I dried them, jammed them and of course made apple pie, which left me with a load of apple peels and cores, which seemed too good for compost, as apple skins are packed full of nutrition.

Not everyone has a friend, with an abundance of homegrown fruit. And when I don’t have enough apple scraps at one time, I freeze apple cores and peels, until I have enough to fill a jar. You can also use bruised or second quality apples to make vinegar too, so if you have apples in the fruit bowl past their best, just pop them in the freezer until you’re ready.

One of the great things about making apple scrap vinegar is that you can be approximate with the measurements. There’s no need to accurately measure and weigh everything. You just need enough to let the natural science work. To start you’ll need:

Loosely pack apple scraps into a clean glass jar to just under full (about 6-8 apples to fill this jar).

Dissolve sugar in a small amount of boiling water and pour into jar.

Fill the jar with room temperature water until it fully covers the apples.

Cover the jar with a cloth or paper towel and secure with an elastic band.

Keep it at room temperature, away from direct sunlight. I keep it on the bench where I’ll see it and remember to check it, or the pantry is fine too.

Check it every few days. Push the floating apple scraps down, ensuring they’re submerged or they might go mouldy. You can use a weight on this, if you’re likely to forget.

Over the next few days, you’ll see the liquid bubble slightly on top and you’ll notice it more when you resubmerge the apples. The bubbling happens thanks to the acetobacter which converts the sugars, to create vinegar.  If you’re curious about the science of this, you can read more here.

It will have an acidic smell, which might seem a bit wrong at first. But that’s what’s meant to happen as it turns into vinegar.

When the floating apple pieces sink to the bottom and the bubbling stops, your vinegar is ready for the next stage. This fermentation stage can take from 2-6 weeks, dependent on the weather – it’s faster when it’s warmer.

Once the natural sugars and goodness from the apples have been extracted, it’s time to decant the liquid into a clean jar.

Stand the colander or large sieve in a large bowl, with the cloth or muslin lining the inside and strain the apple mixture through it. The finer the cloth, the more sediment you’ll hold back. It’s fine if the sediment slips through, it can just make the final product a little cloudy.

Squeeze out as much of the vinegar as you can.

Cover again and leave in a cool dark spot for a couple of weeks, but it gets even better if you leave it for a few months.

Give it a taste every 7-10 days, or when you think of it (leaving for a month is fine too) and give it a quick swirl to aerate it. When you’re happy with the taste, it’s done. Put a lid on it and store in dark place. While a dark glass jar is ideal, a clear glass jar is fine if you store your apple vinegar out of direct sunlight.

What is an apple vinegar mother?

Creating a mother is like hitting the vinegar-making jackpot because you can add it to your next batch of apple vinegar, or any vinegar, and it will speed up the process and sharpen the acidic taste. Hence it can ‘birth’ or create more vinegar.

If you see white cobweb-like strands, or what seems like a layer of white scum on top of the vinegar, this is the vinegar mother forming. If left alone it will develop into a gelatinous blob, and this is what you want. If you mess with it, it will sink which is fine. If there’s enough sugars left in the liquid a new mother may form on top again.

You can also use the mother from apple vinegars to make red or white wine vinegar or real apple cider vinegar.

How to make a vinegar mother?

There’s no secret to making a vinegar mother. All you need is time and patience.

The first time I made a vinegar mother, it wasn’t intentional. I’d completed Stage 1 and then put the jar in the cupboard and forgot about it. I let it sit and do its thing. When I went and checked back in, the mother had started to form.

If you’re not expecting it, can look a bit wrong at first. You could almost confuse it with mould. If it’s white in colour, and slimy looking, it’s likely to be a mother in the making. If you see this, then leave it alone, as needs time to form.

Although I know the science behind vinegar mothers, I still get excited when I see one form with a new batch of vinegar. It’s like natures magic to me.

How to make wine vinegar with an apple vinegar mother

No need to keep buying red or white wine vinegar from the store. It’s easy enough to make and all you need is a small amount of wine to start this process.

Grab that half open bottle you forgot to drink and simply add your apple vinegar mother to it. Cover it, with a cloth, then leave it for a few weeks (a couple of months gives a deeper flavour).

Taste it as you go, as you did for your apple scrap vinegar. When the taste is sharp enough for your liking, you’re done. It’s that easy.

And I know some of you are thinking, who has leftover wine?

Trust me, this is so much better than store bought wine vinegars. Once you try it, you’ll make sure there’s left over wine. You can be a purist with varieties e.g. shiraz vinegar, chardonnay vinegar, pinot vinegar etc. But it’s fine to mix the varieties if you have small amounts.

So, what’s the difference?

An easier way to make homemade apple cider vinegar at home, is when you develop a mother, as described above. You can add a mother to left over cider in the same way you do for making wine vinegar.

Alternatively, you can get raw apple cider vinegar with mother and add that to your apple cider.

The science of vinegars

Acetobacter aceti are described as “vinegar bacteria”. They’re a good bacteria which occur naturally and are widespread in the environment, particularly on fruit skins. The vinegar forms in an oxidative fermentation to form acetic acid, which is the basis for producing vinegar. This simply means it’s an aerated process.

Apple scrap vinegar is a wild ferment, relying on this naturally occurring bacteria. When you add sugar, it effectively feeds the bacteria. The bacteria metabolise, or break down the sugars, and the byproduct is acetic acid which is the basis for vinegar.

Without adding sugar to create vinegar, the process may be slower, or it may not happen at all.  I’ve experimented by not adding sugar, and without sugar it went mouldy. So yes, you need to add sugar if you want to make vinegar from fruit scraps, but the sugar won’t remain in the finished vinegar. If you’re fascinated by the science of vinegar, you can get your science nerd on here.

More vinegar trivia, is that the formation of vinegar was first documented in 1868 by Louis Pasteur, a French chemist and microbiologist. Pasteur is credited with saving France’s wine industry, a noted accomplishment. Although he is better know for developing milk pasteurisation, which is a technique developed to increase the shelf life of wine. Pasteur originally named the bacteria Mycoderma aceti. In 1898 Martinus W. Beijerinck, a dutch microbiologist and botanist, reclassified it as Acetobacter aceti.

Have you made apple vinegar from scraps? I’d love to hear how you went.

Or if you have any questions? Ask away and I’ll do my best to answer them. 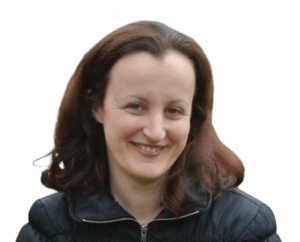 Do you want to engage and inspire your staff or community to be more sustainable?